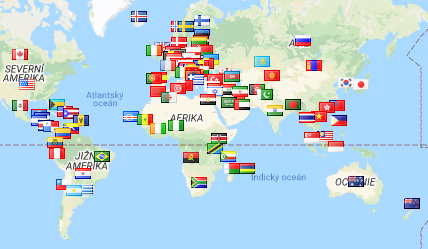 The Vexillological Lexicon has been comprised by a row of publications dealing a certain branch of vexillology each. The first part was dedicated to the flag associations and activities, the second part related to the vexillological terminology and the next volumes described systematically and annually new flags of the Czechia communes granted to them since 1991 until present and in conformity with the Communes Act No. 367/1990.

The core part of each volume presents the chronological overview of the adopted flags with their official blazoning, explanatory notes including, and the black-and-white representation of the related flag. The related decree of the House of Deputies chair is quoted and the included communes are arranged alphabetically regardless of their sequence in the decree. The alphabetical arrangement of the colour illustration of all flags adopted in the same year has been kept in the enclosed flag chart. The supplement part presents tables with names of all communes those received their symbols – the arms and/or the flag – in the relevant year and the related resolutions of the Parliamentary Committee for Science, Education, Culture, Youth and Physical Training and the consequent decree of the chairperson of the House of Deputies of the Parliament of the Czech Republic. Finally, the total tabular alphabetical list of all communes those received their flag in the related year and the date of its adoption has been shown.